Birdon was contracted to build a fleet of seven new Class 2 monohull patrol vessels for use by the NSW Police Force. The vessels are all 20m in length and feature the latest technology, navigation, and electronics.

The Police Boats are seasonally located in Sydney (Balmain), Broken Bay, Botany Bay, Eden, Port Kembla, Newcastle, Port Stephens, Tweed Heads, and Coffs Harbour. These vessels are used for service and patrol duties along the coast of New South Wales. The vessels will be operated by up to six crew members and have a fuel range up to 700NM for periods of three days at a time within the EEZ. 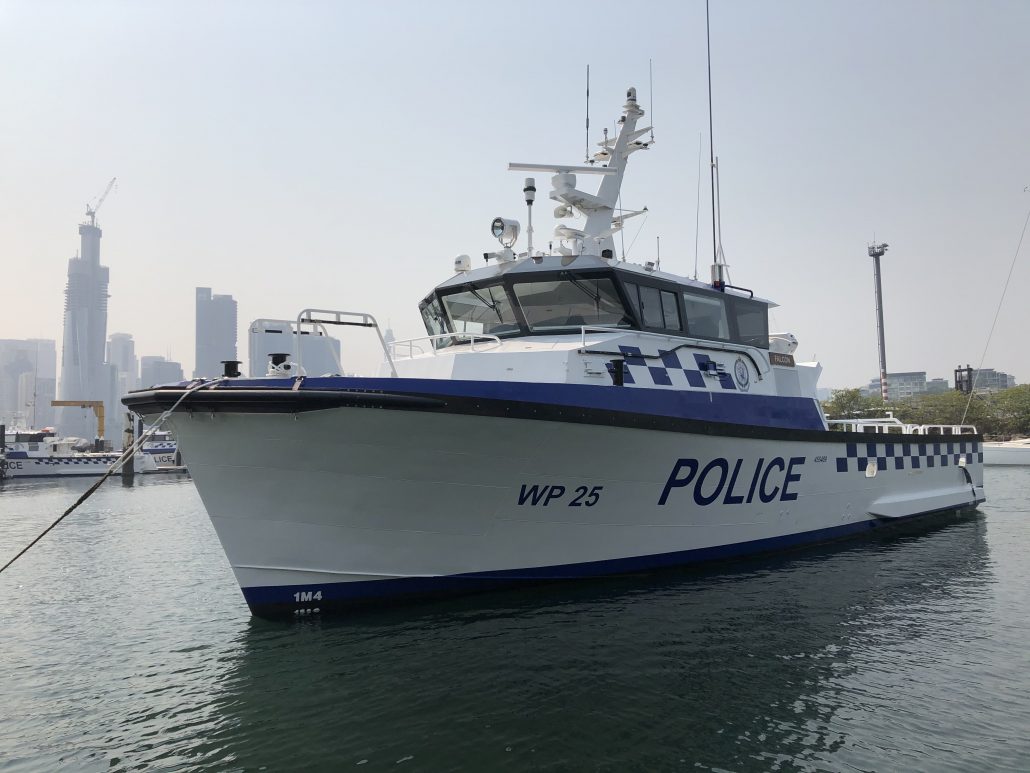 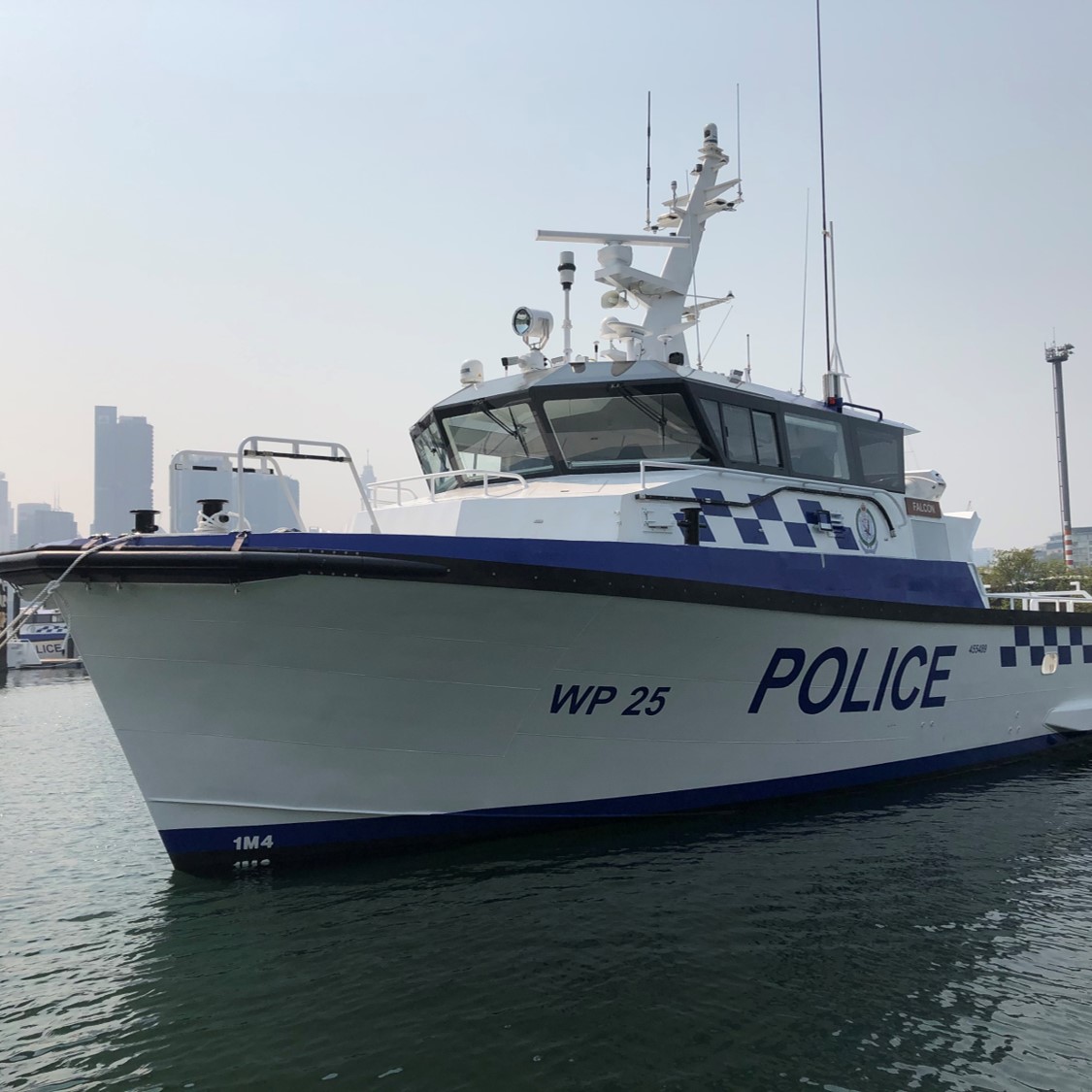 Birdon was engaged to perform a major refurbishment on the largest vessel in the Marine Rescue NSW fleet. “Fearless”, a retired Marine Area Command vessel, was acquired by Marine Rescue in February 2020 and underwent a customised refit at our Port Macquarie shipyard.

Birdon’s team worked quickly on this project to meet client requirements with support from specialist subcontractors.

This vessel will form part of the Marine Rescue unit in Lord Howe Island. 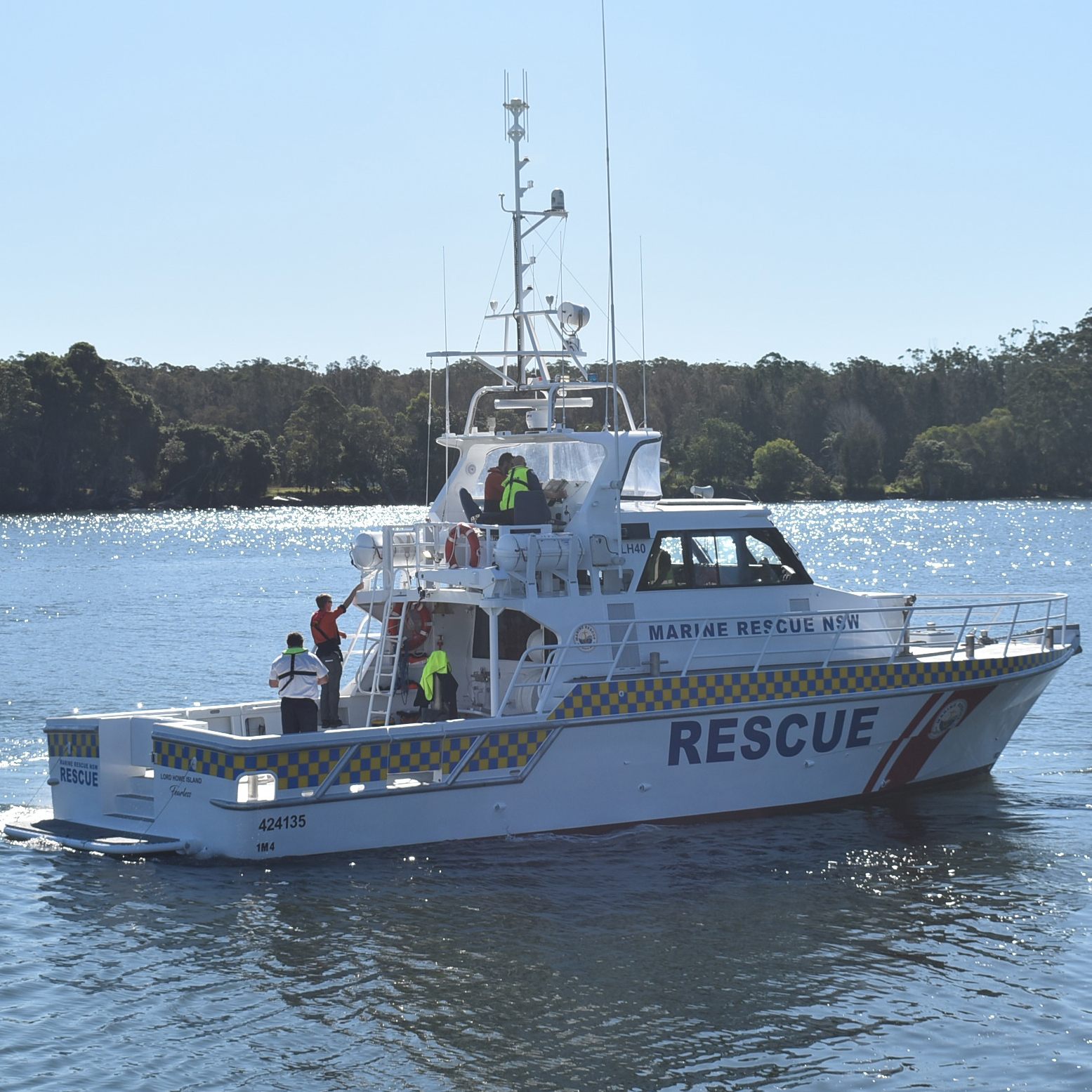 Birdon was awarded the contract to design and construct three new vessels to service Norfolk Island. The aluminium vessels were designed by Birdon’s in-house Naval Architects and were purpose built, at our Port Macquarie shipyard, for Norfolk Island conditions. The Passenger Transfer Vessels (PTVs) are designed to ferry 90 passengers at a time from cruise ships into the Island. The PTVs are fitted with NAMJet J431 propulsion water jets that enable the vessels to achieve 17 knots.

In their first operational exercise, the PTVs successfully transferred 1883 passengers from a cruise ship to the Island. It is hoped that these vessels will enable more cruise ships to stop at Norfolk Island and contribute to the local economy there. 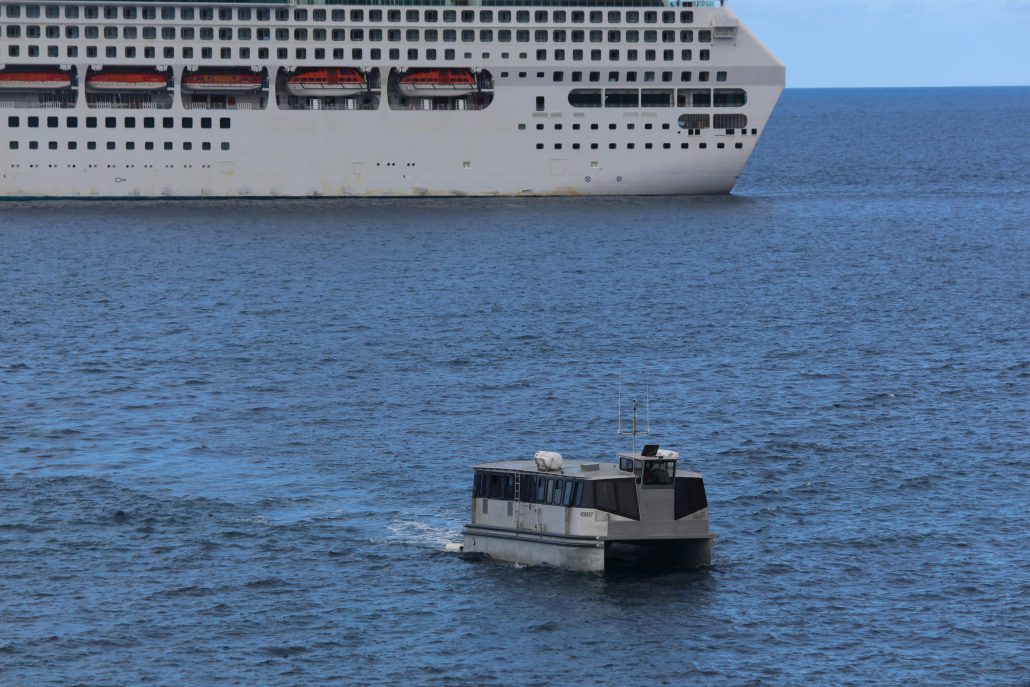 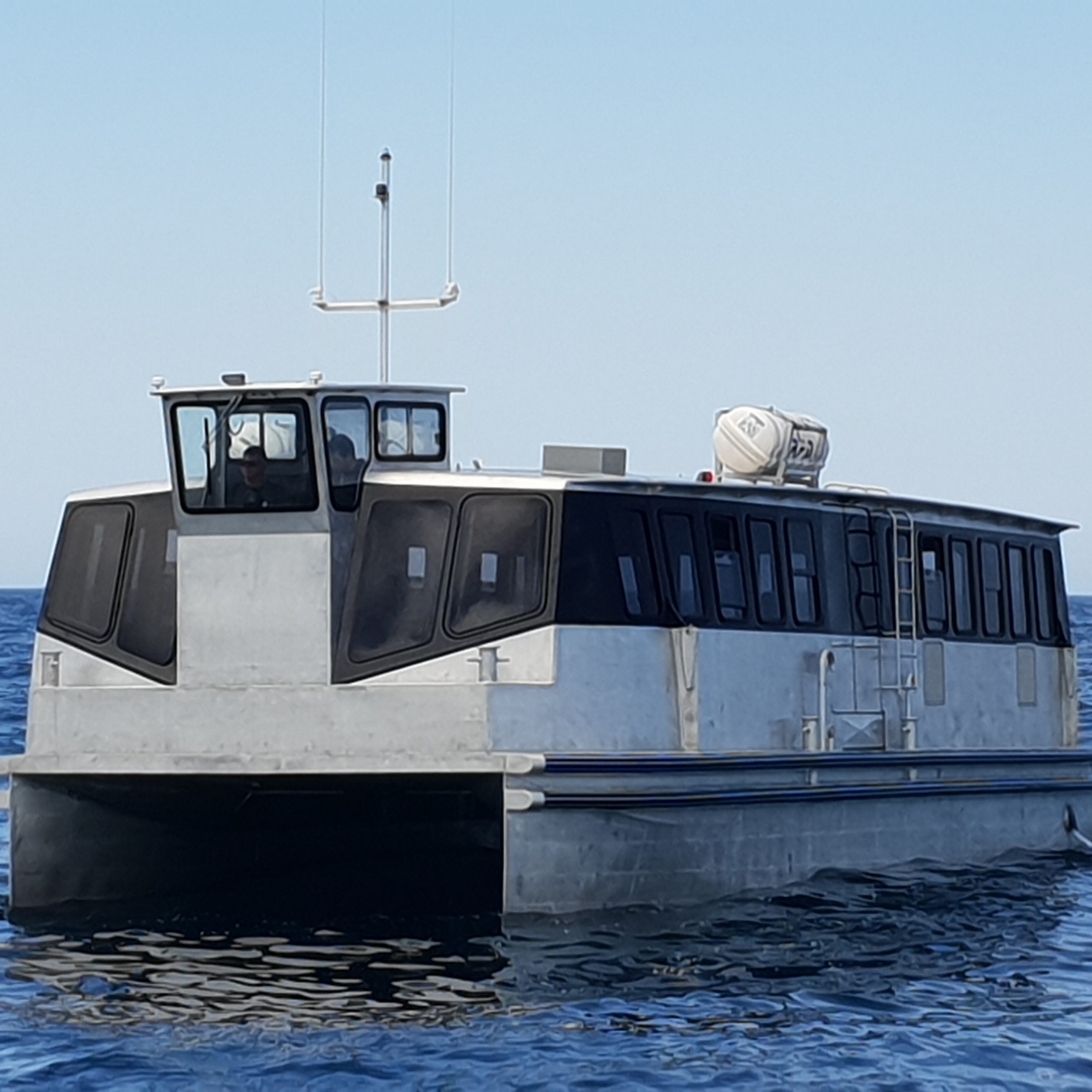 Birdon was responsible for the construction of three 12 metre Aid to Navigation work boats for the Queensland Government.

The Aid to Navigation (AtoN) work boats are used for the installation and maintenance of Aids and for essential, general marine operations including oil spill response, waterways maintenance, the towing of small vessels and removal of marine debris. Each AtoN vessel is equipped with a winch and crane to provide support for any situation.

The 12 metre AtoN work boats are made of aluminium and have a total displacement of approximately 9.8 tonnes. They have a full load endurance capability of up to 10 hours, whilst retaining speed and stability. Powered by 250hp Suzuki outboards, the vessels can travel at a maximum speed of 38 knots. These vessels are practical, manoeuverable and durable.

Birdon’s work safety policies ensured the safety and best practice of all staff who worked on the construction of these vessels. 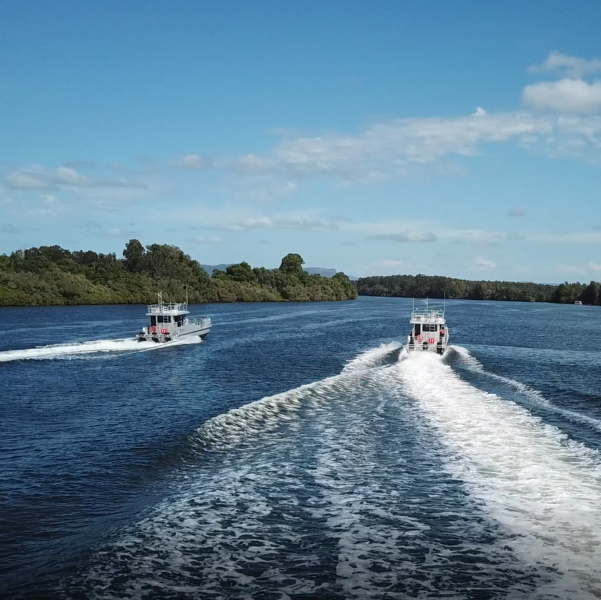 Birdon is currently under contract to deliver 374 Bridge Erection Boats for the US Army at a cost of about US$252M over 4 years. This contract win was the culmination of four years of design, tender submission and prototype trials, based on Birdon’s Bridge Erection Propulsion Boat design for the Australian Army.

The vessels are road, air and sea transportable and are used to construct and manage floating ribbon (pontoon) bridges for mobile armoured units. When coupled to a bridge section they can also be used to ferry military vehicles across open water.

A key component of the design is the NAMJet propulsion unit (water jet) which provides significantly more thrust at lower speeds than other water jets on the market today.

BEBs are a vital mobility asset for any army requiring water crossing capability. They are used to manoeuvre floating modules to create bridges or act as ferries across strategic waterways while also providing thrust anchorage against strong currents during bridge construction and operation.

The importance of this type of bridge system was reinforced during Operation Iraqi Freedom in 2003 when the US Army took only five hours to build a 600 metre ribbon bridge across the Tigris River. This was the longest floating bridge constructed in a combat zone since WWII.

The US Army BEBs have NAMJet Traktor water jets which produce 30% more thrust and a significantly higher top speed of 24 knots. NAMJet (North American Water Jet) is owned by Birdon.

Birdon is currently delivering an initial run of 25 vessels –known as the Low Rate Initial Production phase (LRIP) –for a fixed sum of just over US$9 million. This LRIP phase is being used to finalise key design factors and bed down production processes before final delivery targets are set and full production begins. The first 25 BEBs –the LRIP vessels –are being built by Birdon America at its Denver facility. LRIP is due for completion at the end of 2017 and will be followed by the construction of up to 374 production BEBs over the next four years with a potential contract value of $US252 million. 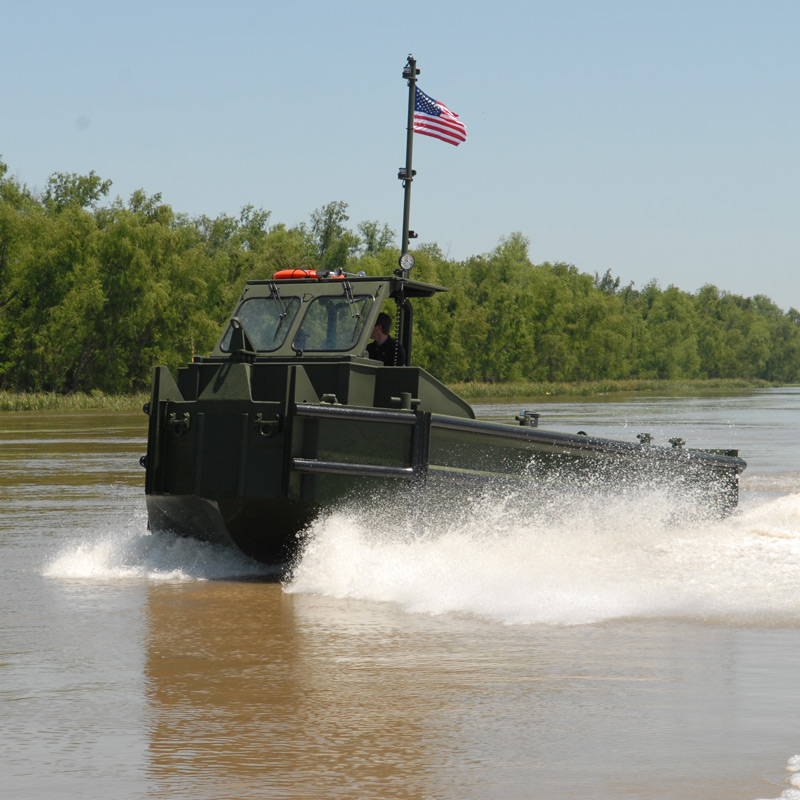 The project was undertaken in three key stages:

Birdon was also successful in its bid to provide Life of Type Extensions services for the BEPBs and is re-powering and refitting each boat with Birdon-owned NAMJet water jets for improved slow speed control and overall performance. 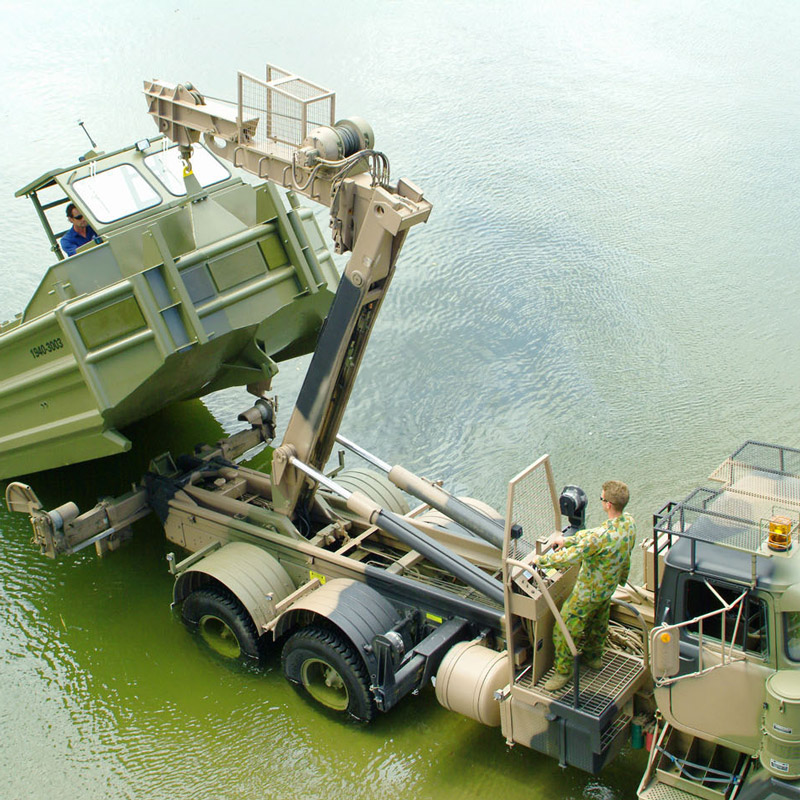 Birdon was contracted to build an aluminium and steel workboat for general harbour duties in the Port of Brisbane. Its duties include light tug work, pushing, bottom levelling and salvaging. The vessel has an overall length of 16 metres and a top speed of 12 knots. 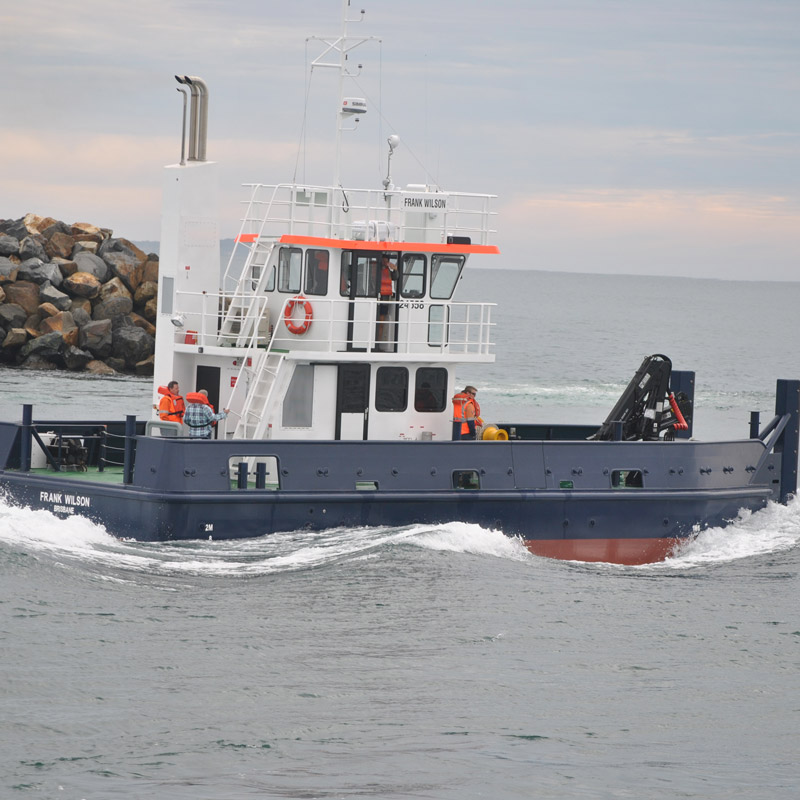 Birdon undertook an extensive refurbishment of Captain Cook Cruise’s Sydney flagship to modernise this popular function vessel. Birdon was responsible for replacement of hull plating as well as a complete internal upgrade to meet the exacting customer expectations in this competitive entertainment and cruising market. 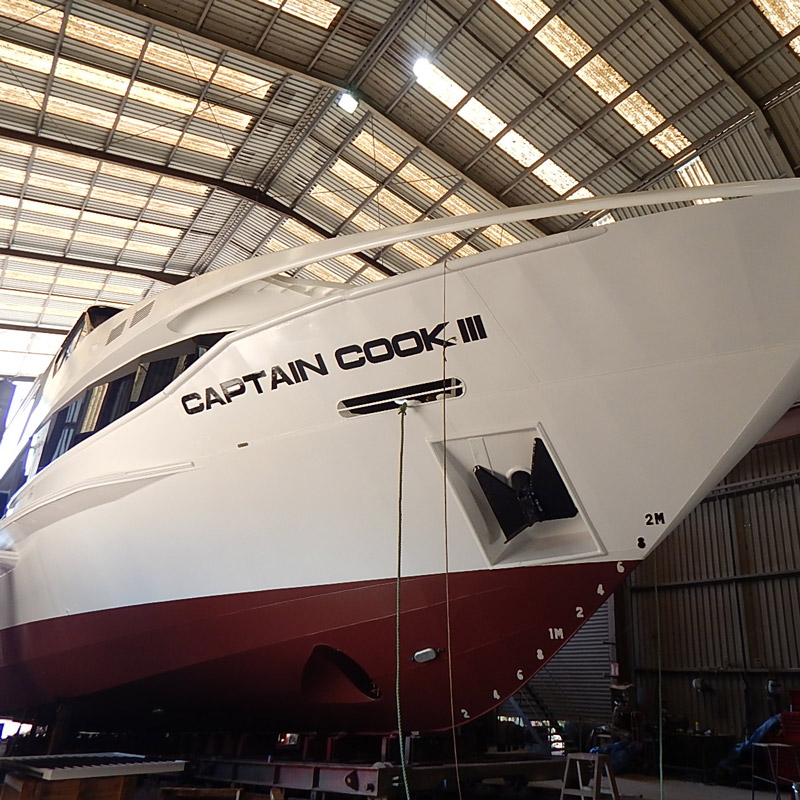 The new 16 metre Pilot Cutter ‘Henry Newton’ was delivered to Newcastle Port Corporation on the 30th of October 2011.

Birdon partnered with internationally acclaimed designers Camarc for this project to design and build a new pilot vessel for Newcastle Port Corporation.

The vessel is in 2C class New South Wales Maritime Survey and is also built to Lloyd’s Register of Shipping 100+.

Henry Newton can operate in the most challenging of conditions and will serve to transport pilots safely to and from ships in the Newcastle area over the next 30 years. 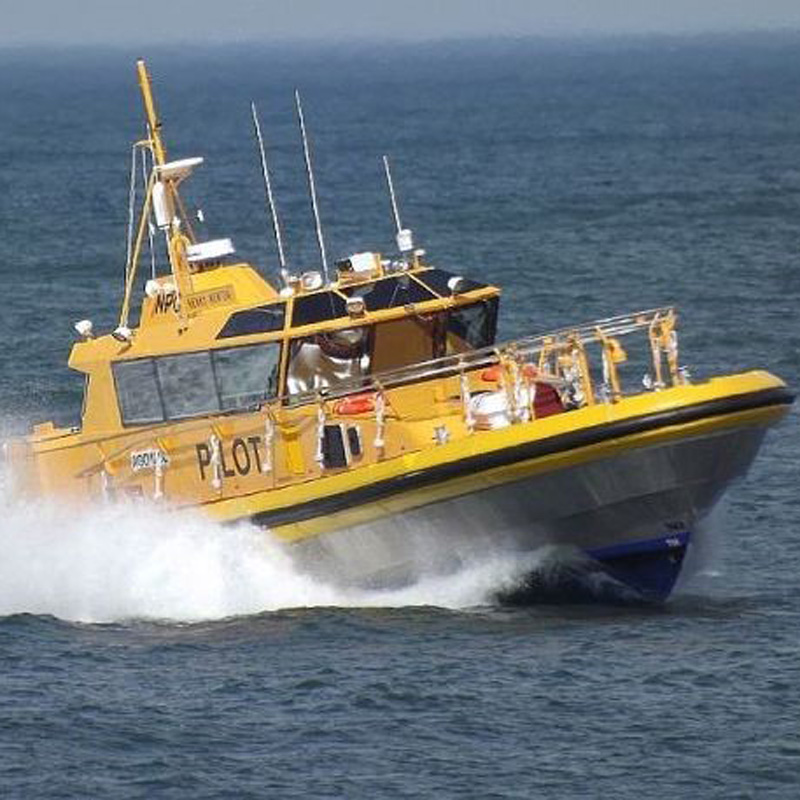 Birdon was selected by the Australian Defence Force to design and construct a fleet of 16 Regional Patrol Craft, including trailers.

The vessels are integral to the Regional Force Surveillance Unit (RFSU) and Border Protection Force operations.

With these vessels, the army has the capability to operate in blue, brown, riverine, and brackish waters supporting smaller watercraft up to 12 nautical miles offshore.

The vessels are also suitable for the harsh Australian coastline having been designed and built to insert, extract and support foot patrols and provide parent craft aid to other vessels in remote areas.

The vessels have been built in accordance with the Lloyd’s Register classification at Birdon’s accredited, all weather, aluminium fabrication facility in Port Macquarie.

The Regional Patrol Craft (RPC) are 8.2 metres in length with a beam of 2.8 metres.  The vessels are powered by a 355 hp Cummins engine driving a Hamilton Water Jet, which can propel a fully laden RPC to speeds of 25 knots. Each vessel has the capacity to carry a full patrol plus crew. 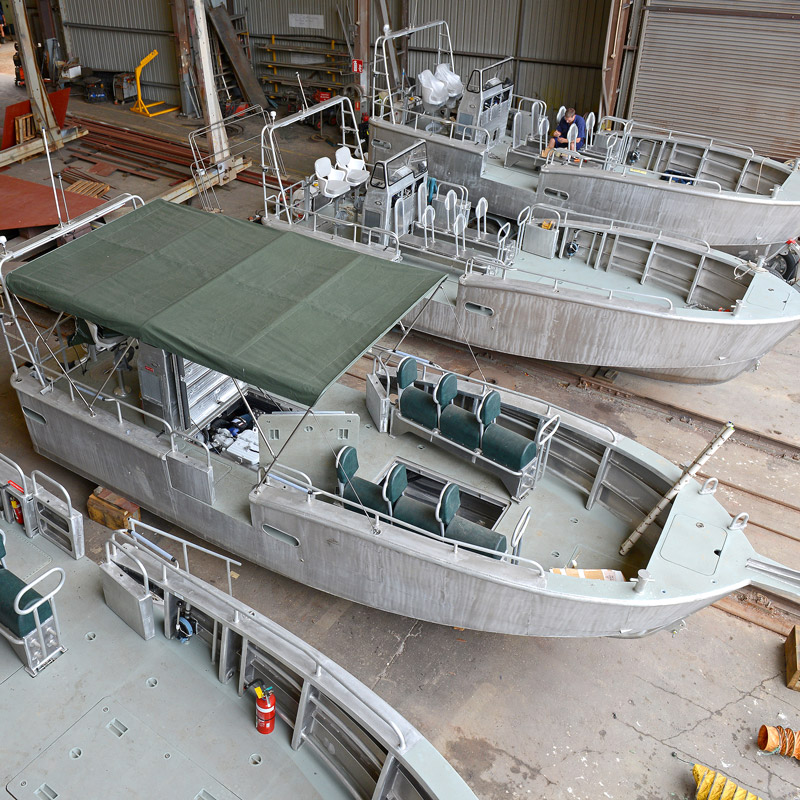